Home > A Journey through composition

The premise behind our two Wicklow residencies was to engage two prominent professional composers to work with two second level schools in the composition and exploration of new works, music and sounds based on ideas devised by the students involved.

And so a true journey began over six months – a journey of exploring concepts, music styles, lyrics, new skills and pure enjoyment.

Each school took a different approach to creating new music and two very organic projects with no prescribed outcomes slowly became tangible bodies of work displaying the diversity of music making and composition made possible by the talent  and committment of all of the young musicians and their mentors.

Both projects were made possible by the generous funding and support from the Arts Council/Music Generation Partnership.

Composers Brian Irvine and Neil Martin brought a wealth of knowledge, energy and vision to the process and we are very grateful to them for their enthusiasm and dedication over the past few months.

Without the support of the two school principals and their music departments who adjusted timetables, arranged rehearsal and class spaces and were extremely flexible in their approach this project would not have been possible.

These works were to become known as Where Tomorrow Takes Us and Songs from Room 42.

Where Tomorrow Takes Us

Where Tomorrow Takes Us – Coláiste Bhríde 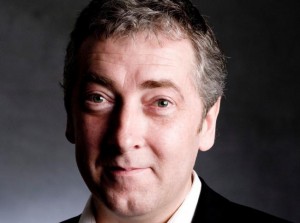 One sunny day last autumn the music students of Transition Year in Coláiste Bhríde and myself met for the first time. The normal degree of sizing up was going on from both sides – what we needed to break the ice was an idea of what they might create music about. I asked various questions – what fired them?  What moved them?  What was going on around them that they felt they would react to?  Within a very short period of time, the Syrian refugee crisis emerged as something that had deeply touched them all. From that point on, we were all acting and thinking as one and the effortless flow of thoughts, suggestions, words and emotions began.

Over the ensuing months, songs and instrumental pieces took shape, crafted by themselves, some working alone, others in groups. The students were introduced to the music notation software programme, Sibelius, and being computer-savvy as youth is, they were soon creating their own scores, learning about arrangements and instrumentation. WHERE TOMORROW TAKES US is a suite of approximately fifteen minutes’ duration, consisting of four principle sections – two songs and two instrumental sections. Whereas I have helped with arranging the music, the compositional elements are entirely those of the students – quite some achievement for their first outing. They pulled as a team. What they have created is a marvellous endorsement of their talent and they should each and every one of them be very proud. They have demonstrated a social awareness, developed collaborative skills, and have unearthed within themselves another voice, a new way of expressing their thoughts. These almost “by-products” of music are invaluable life-skills they will always carry with them. Music, the great enabler.

It has been an absolute pleasure to work with these talented young people. None of this would have been possible however without the vision and unwavering commitment of key players – my sincere thanks to Jenny Sherwin, Ann Catherine Nolan  and Eve O’Kelly of Music Generation, to Teresa Glynn of Coláiste Bhríde, and musician Karen Johnston, who worked tirelessly alongside me. 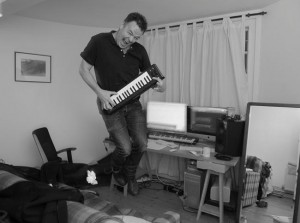 Songs From Room 42 started life – as you might expect – in a room. A room filled with a bunch of brilliantly individual and energised young people, a drum kit, some electric guitars and a piano; oh yeah.. and some paper!

Over the last few months these same young people wrote words, lots of words and bit by bit, began to transform them into melodies, riffs, chords and rhythms. The whole project was about creating new things, working as a team, as a band, trying to find a way to say something exciting, sing something important, connected and relevant – love, friendship, conflict, frustration, jealousy – the full sonic bandwidth of life was up for grabs, so grab they did! New riffs, new chords, new instruments were grappled with, new melodies invented and practised until the hands and mouths began to work in the way they needed to.

So many things were made, some yet to be completed, but all new, fresh, original and all of it determined, imagined, invented, realised, composed, performed, discussed, discarded and restarted by this group of brilliant young people.