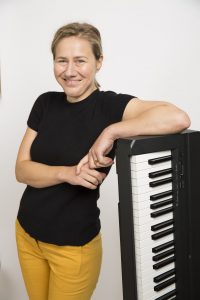 As an accordionist, I work for the RTE Concert Orchestra, performances include Pavarotti’s Irish farewell concert in the Point Theatre, Ute Lemper, Lance Ellington and Gary Williams. Since 2006 I have been working with Irish jazz guitarist Mike Nielsen arranging and performing original music for accordion and guitar. Also, I work with Derby Browne’s chanteuse group performing French and Italian music.

I work as a piano soloist and accompanist in the classical field and other genres including the Great American Songbook, popular songs from musicals, in addition to jazz standards and traditional Irish songs, also, music as therapy in nursing homes.